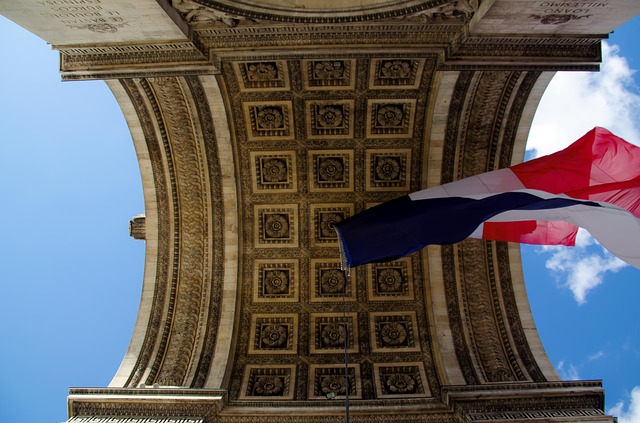 At the base of the Arch de Triomphe stands a torch. Every evening at 6:30 P.M. it is rekindled, and veterans lay wreaths decorated with red, white and blue near its flickering flame.   It burns in the darkness to recall the sacrifice of an unknown French soldier who gave his life during World War I.

The idea for an unknown soldier to be honored in death in France was first initiated in 1916 while World War I was still being fought and the outcome in certain doubt.  On November 12, 1919, a year and a day after the end of World War I, the concept was given formal recognition and it was determined that the Unknown Soldier would be laid to rest at the Pantheon.  (The Pantheon is a famous Neoclassical building in Paris that contains the remains of some of France’s most famous citizens and leaders.)

The following year, after a large-scale letter writing campaign, it was finally determined that the Unknown Soldier would be buried at the base of the Arc de Triomphe.  The legislation authorizing the memorial, passed unanimously, stated:

ARTICLE 1:  The honors of the Pantheon will be rendered to the remains of one of the unknown soldiers who fell on the field of honor during the 1914-1918 war. The transfer of the remains will be solemnly made on 11 November 1920.

ARTICLE 2:  The same day, the remains of the Unknown Soldier will be buried under the Arc de Triomphe.

On November 10, 1920 at the Citadel of Verdun, Auguste Thien reviewed eight identical coffins, each bearing the remains of an unknown French soldier who had been killed during the Great War. Thien selected the sixth of the eight coffins, which was transported to Paris to rest in the chapel on the first floor of the Arc de Triomphe. There the coffin remained until January 28, 1921 at which time the Unknown French soldier was laid in his permanent place of honor at the base of the Arc de Triomphe.

On October 22, 1922 the French Parliament declared the eleventh day of November in each year to be a national holiday. The following year on November 11, 1923 Andre Maginot, French Minister for War, lit the eternal flame for the first time. Since that date it has become the duty of the Committee of the Flame to rekindle that torch each evening at twilight.

The Unknown Soldier At The Arc de Triomphe

Beginning in 1916, an idea developed to open the doors of the Pantheon so that people could view “one of the unknown soldiers who died valiantly for his country” and on whose tomb would be inscribed just two words, “A Soldier”, and the date, “1914-191?”.

Espoused in 1918 and supported by a fervent press campaign, the proposition was ultimately accepted. On 12 November 1919, the Chamber of Deputies decided that the anonymous remains of the French soldier killed in combat would be transferred to the Pantheon. Meanwhile, associations of former combatants challenged the choice of the site, preferring to affirm the exceptional character of his death, symbol of the hundreds of thousands of others killed in action. The author Binet-Valmer led a virulent campaign to entomb this Unknown Soldier under the Arc de Triomphe.

On 8 November 1920, the deputies unanimously voted in a law, equally approved unanimously by the Senate, which awarded the honours of the Pantheon “to the remains of one 1914-1918 war”. At three o’clock in the afternoon on 10 November 1920, in a blockhouse at the Verdun citadel transformed into a chapel, a young infantry-man laid down a bouquet of flowers (gathered from the battlefield of Verdun) on one of eight identical coffins brought back from different zones at the Front: Flanders, Artois, the Somme. Ili-de-France, Chemin-des-Dames, Shampagne, Verdun, Lorraine. On 11 November, the tank transporting Leon Gambetta’s heart and the gun carriage bearing the Unknown Soldier’s remains rejoined the Arc de Triomphe.

The catafalque of the Unknown Soldier was lifted into one of the interior chambers of the edifice. A permanent guard was organized until the final humiliation on 28 January 1921 at the centre point of the principal arch facing upon the Champa-Elysees. In the presence of British Prime Minister Lloyd George, Marshall Foch, Joffre, and Petain, and all government, the Minister of War Louis Barthou laid down the Legion of Honor, the Military Medal, and the Military Cross on the tri-color flag covering the coffin, in “supreme homage from the country to the humble and anonymous heroes who fell for her”. Following this ceremony, the Unknown Soldier was at last placed in his tomb where he remains today. 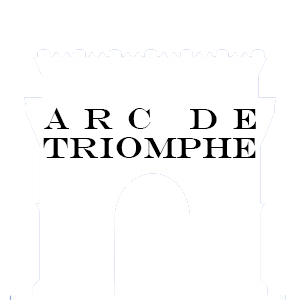